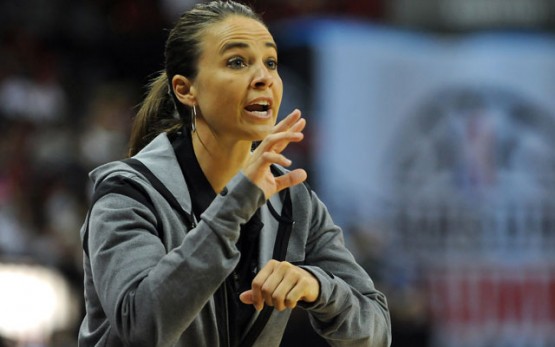 Former 15-year veteran and retired top-15 WNBA (Women’s National Basketball Association) player Becky Hammon became the first female to coach at the NBA Las Vegas Summer League, and yesterday became the first female coach to win the Championship (for the Summer League)! She led the San Antonio Spurs to a 93-90 victory over the Phoenix Suns to take the chip! Jonathon Simmons put up 23 points, and Treveon Graham had 22 points to help the Spurs to the narrow victory! Las Vegas Summer League MVP Kyle Anderson also added 15 points in triumph! Even though it is only a 10-day tournament it was good to see that coaching can make a difference even in a short capacity with players that barely know each other.

“It’s just a credit to (the players),” Hammon said after the game. “They found a little bit of a groove with each other and they got it done on the defensive end. Our last two or three games came down to getting defensive stops, so that’s the thing I’m most proud of.” – cbssports