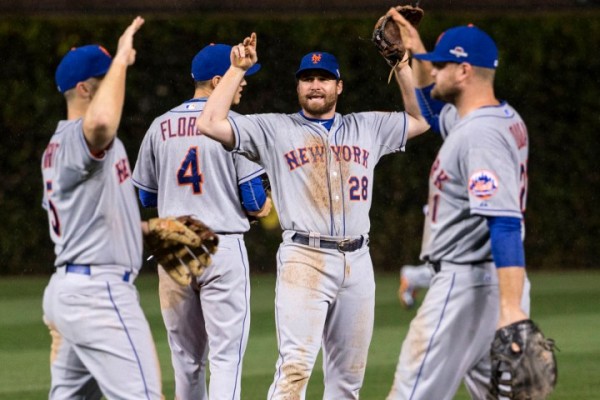 The NY Mets beat the Chicago Cubs, 8-3, tonight to advance to the World Series and maybe win their first Championship since the 86′ Amazin’ Mets!!! The Mets swept the Cubs in the ALCS, and Daniel Murphy broke a postseason record hitting homeruns in six consecutive games! Murphy was also the unanimous ALCS MVP after hitting four homeruns in the sweep series! Back to the Future 2 was just a vision (predicting the Cubs to win the World Series in 2015), and the Mets made sure it stayed in the movie script lol.