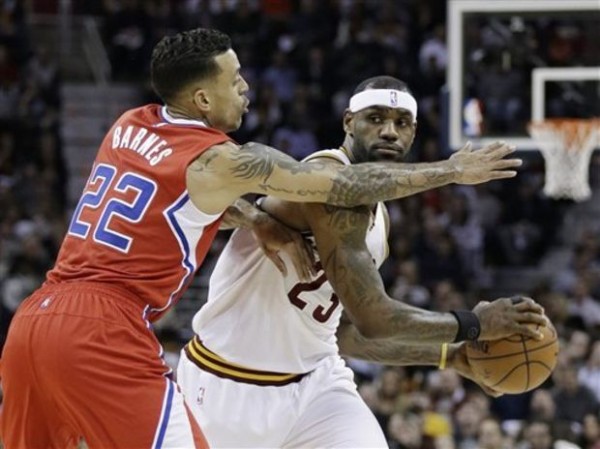 All you discounters better become believers, jump on the Lebron train, as his team, the Cleveland Cavaliers, are coming full blast down the tracks… rolling… winning 12 straight! Lebron was rocking his black tee which emphatically said, “Roll With The Winners: RWTW” after his team touched up CP3 and the LA Clippers, 105-94 last night! The refs handed out five techs (technical fouls) and one ejection (Matt Barnes – pic above) to the Clips, who started to get frustrated trailing by over 20 points for the majority of the game! In this streak (one short of a franchise record), the Cavs went from below .500 (19-20) to first place in the Central division with a 31-20 record!