F shocked, the German national team handled the formidable foes and hometown heroes Brasil 7-1 in the #WorldCup2014 semifinal today! Germany actually scored five goals in the first 29 minutes and became the fastest in #WorldCup history to accomplish the feat! Germany was just so mechanically sound and executed perfectly and just cut up Brasil on D! Even though, Brasil was missing defensive specialist and captain Thiago Silva (pic above l.) and short-handed in the front without thrifty goal flicker Neymar (pic above r.) Germany played to perfection!

Now Germany will take on the winner of the Argentina and Netherlands semifinal set for tomorrow at 3pm EST on ESPN and ESPNHD! Argentina loaded with maniac Lionel Messi will definitely give the Nederlands a run for their money! 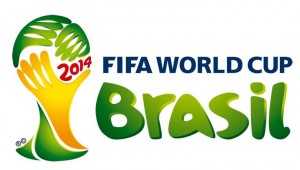