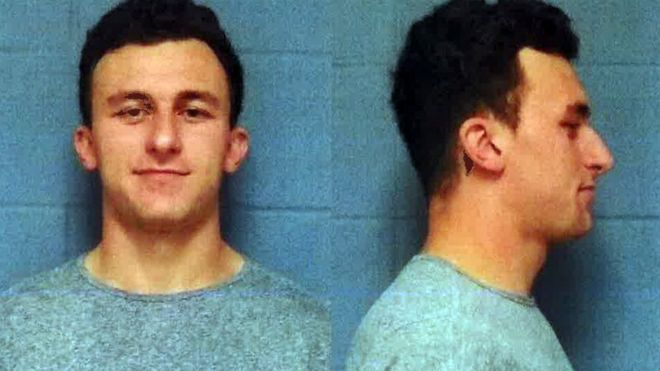 …During his college dayz being a #badboy was the shit. Mr. Johnny ‘Football’ was completing passes and waving the money around money fingers salute, but now he is struggling on the field (#NFL), going around beating up his girlfriend and getting fucked up all the time he starting to look like a sucka fish. There is no call for that. He gonna have to grow up quick or he will literally end up working the local Subway (Fast Food Restaurant). With this charge he is facing up to a year in prison. This is not a good look homie, especially since the NFL still has to deliver their penalty as well and he is a free-agent.