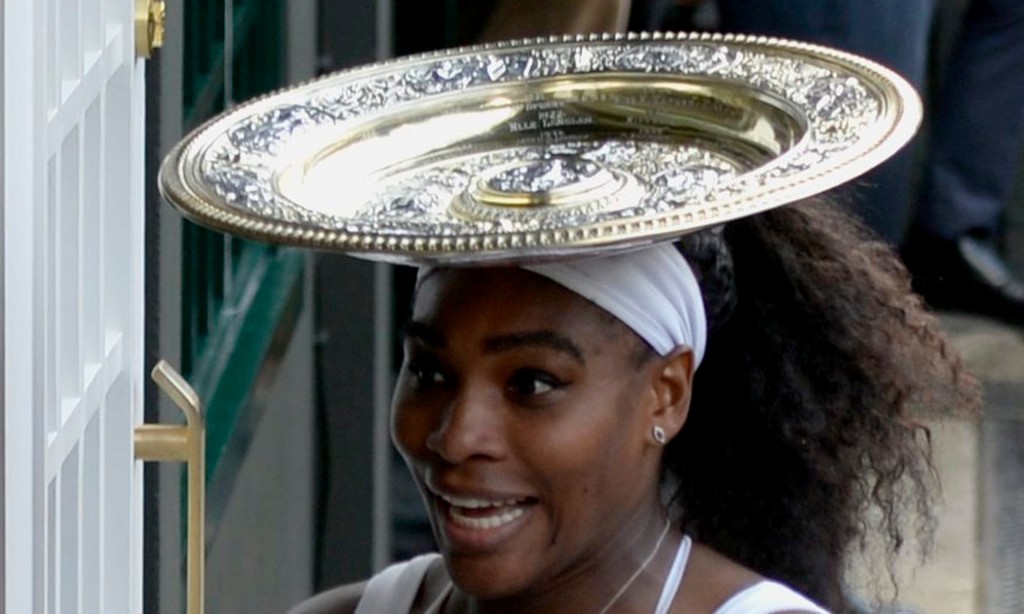 During the pre-game commentary, former 18-time slam winner, Chrissy Evert implicitly uttered “She plays her best when she’s mad,” well I guess Serena was “mad” because she won in two sets 6-4, 6-4 over up-and-coming Spains’ Garbiñe Muguruza to win the Wimbledon Finals and complete the ‘Serena Slam’ (winning four Majors in a row)!

Muguruza started out sharp going ahead 4-1 in the first set, but then Serena got “mad,” and won the next five games. Muguruza again showed some resilience, and came back from 5-1 in the second set to only trail 5-4! When Muguruza lost the next game decidedly, Serena strangely paused, as if Muguruza was going to contest the last shot as being in (even though it was clearly out)! I guess all of us people (humans) have a little quarks about us, but hey as long we unite in times of tragedy, and celebrate in times of glory then we all have won! I do not think this will be the last time we see Muguruza, as she climbs into the top ten from (#20) for making it into the finals! Serena looks onto the US Open (in NY) in late August to complete the coveted ‘Calendar Slam’ (winning all four majors in the same calendar year). The only other player to complete this feat was Steffie Graf in 1988! Serena is 33 years old, and became the oldest female tennis player to win a major!