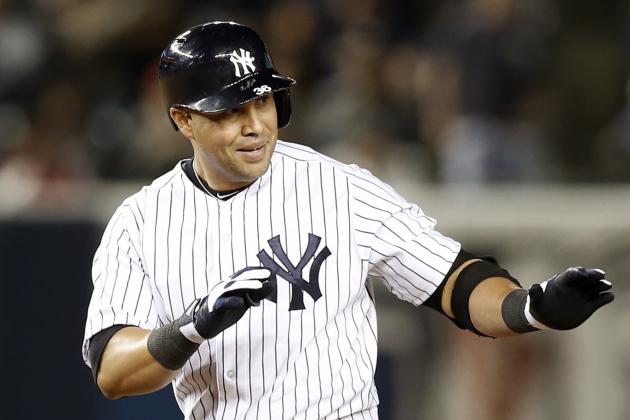 Former Met Carlos Beltran captured his first official Yankee moment tonight with a ninth-inning WALK-OFF (plus two out – two strike) HOMERUN!!! For most with a small apetite would have abandoned viewing the game when they were down 3-1 in the bottom with two outs to their division opponent (Baltimore Orioles), but… WOW MAN did they once again make you a believer!  a believer!

Brett Gardner started things off (in the bottom of the ninth) with a single to left-field; a piece of good hitting and extended his hitting streak to seven games. Then following two quick outs, Mark Teixeira (Tex) got on-board with a walk. Then all the sudden Boom! Former Atlanta Brave Brian McCann belts a an RBI single to center! Now it 3-2 in favor of the Baltimore Orioles… and steps to the plate Mr. Carlos Beltran who encounters a full-count and… AIRS IT OUT!!! OUT OF THE PARK! OUT OF THE YARD! The Yankees WIN 5-3! Beltran blasts a three-run sho(u)t! Welcome to the BRONX! BELTRAN!