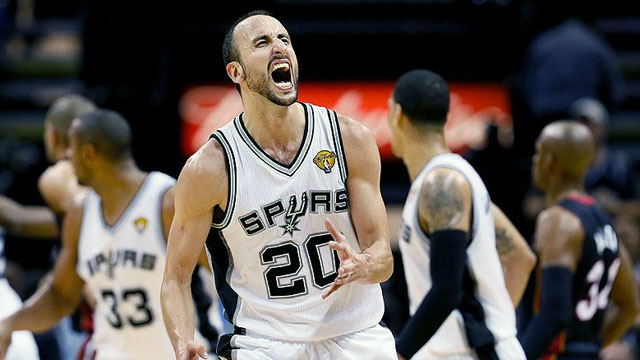 The SPURS are in a LEAGUE OF THEIR OWN! The San Antonio Spurs beat (the socks off) the Miami Heat to take the chip and throne from King James tonight (for Game 5 of the NBA Finals)! NBA CHAMPIONS! Finally.

No words can describe what took place in the NBA Finals this year, except maybe the tale of “David and Goliath” or “team and coach” vs. Blue Chip(s)? One word writ, the Spurs (and the Finals) showed the meaning of “team” against the odds defeating an undisputable juggernaut. Maybe it will teach the Heat a lesson, and they will be humbled (a bit). You could say the Spurs three points is deadly.