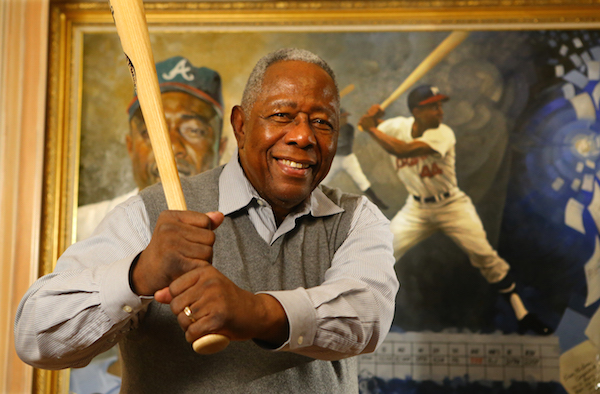 ‘Hammerin Hank’ Aaron, the proudest (Atlanta) Brave of all-time, is about to join a group of prominent buyers and purchase the NBA Atlanta Hawks?! Hank Aaron amazed and blazed the baseball community surpassing Babe Ruth on the all-time homerun list (714) in 1974 (video below), finishing with 755 all-time! Hank continued his business prowess after retiring as a baseball executive (for the Atlanta Braves), and by opening a string of car dealerships and restaurants. Hank Aaron got took in a strange place when ass-drug injecting Barry Bonds pasted him on the all-time homerun list (with 756). He didn’t cry or talk about it, but you can see his humiliation (in his face) after he found out Bonds (and others) were shooting roids (video directly below).