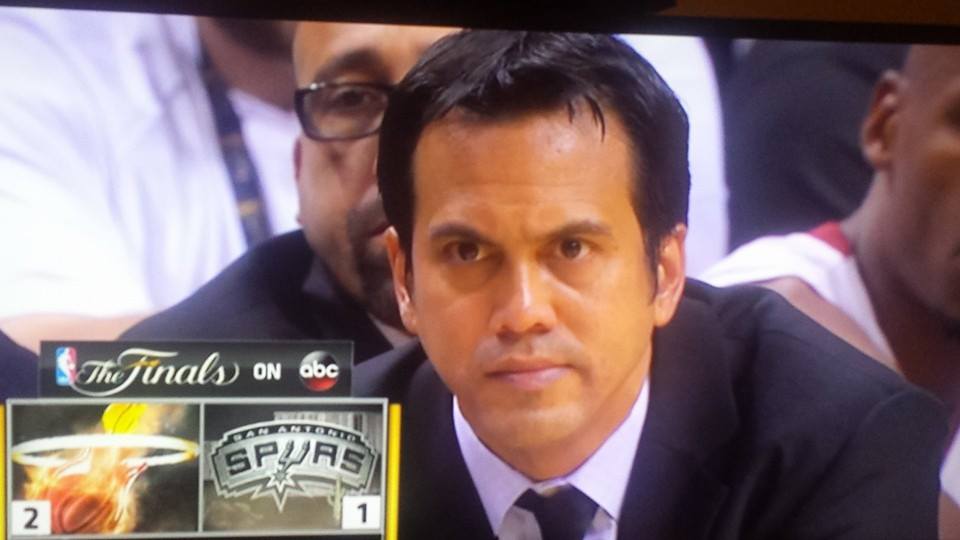 Heat Coach Erik Spoelstra looks on bewildered, while his team (the Miami Heat) get rocked for Game 4 of The NBA Finals on Thursday June 12, 2014 at American Airlines Arena in South Beach Miami, FL.

Come on now rock wit me! Don’t you think its neat when you look at the Heat down 16 points in Game 4 of the 2014 NBA Finals! South Beach is searching… for an answer!

The Heat lust looked bewildered like deer up there in Akron hey.. All those graceful flops lol and complaining on every call will soon be distant memories! A thing of the past. At last the San Antonio Spurs take a dominating 3-1 series lead, while the neat (Miami) Heat plea “Stop the Bleeding!”

The final score was 107-86 and Kawhi Leonard was the star again, D’ing Lebron (28 points) and finishing with 20 points, three steals, three blocked shots, and 14 boards! Just think he is only 22 years old.

Also, check out www.OriginalDJStyles.com for the newest hip-hop blends 😉