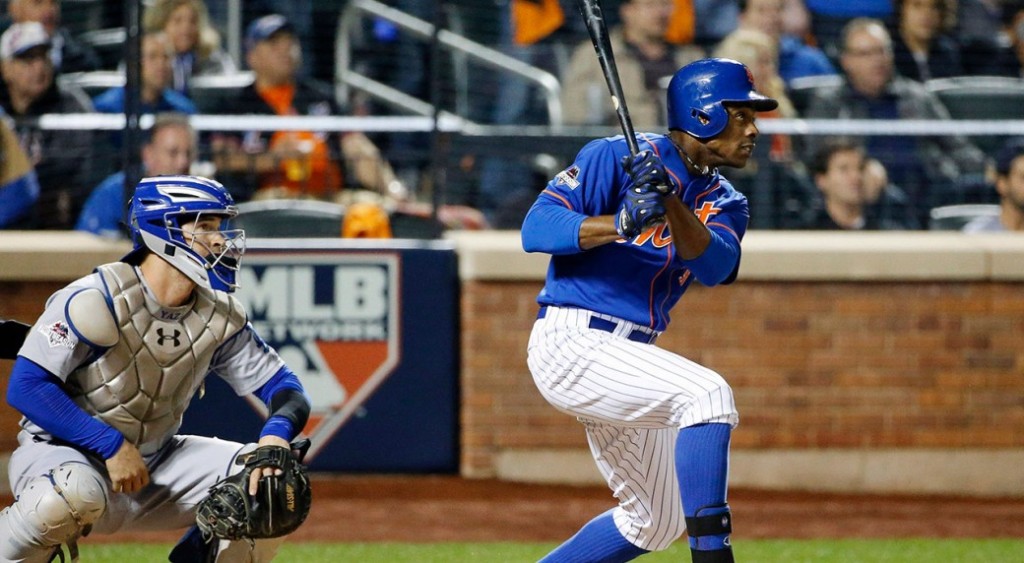 The NY Mets posted a quite impressive 13-7 win over the dastardly Dodgers, last night, in the postseason Playoff Citi-Field debut; game 3 of the NLDS! Over 44 thousand were in attendance to watch! The Mets were excited to play the first game at Citi-Field in the Playoffs, and had pride riding hard for their injured second baseman Ruben Tejada who was decisively taken out (leg broken) in game 2 by Chase Utley’s ‘tackle’ slide! 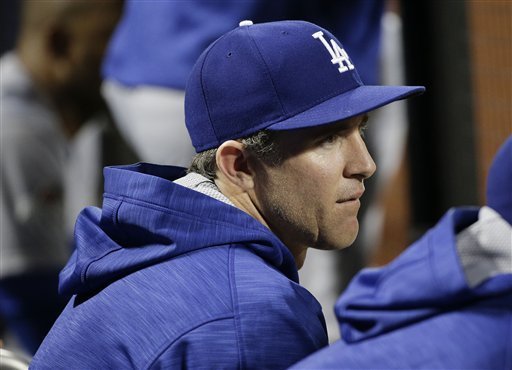 Chase Utley was not really sorry for his ridiculous slide otherwise he wouldn’t have appealed the decision by MLB for the two-game suspension. Dodgers’ manager Don Mattingly sat Utley which was probably a wise decision because I am quite sure one of the Mets would have took him out like a pluck chicken lol… He peered over from the bench the entire game with a distraught constipated look (pic above). 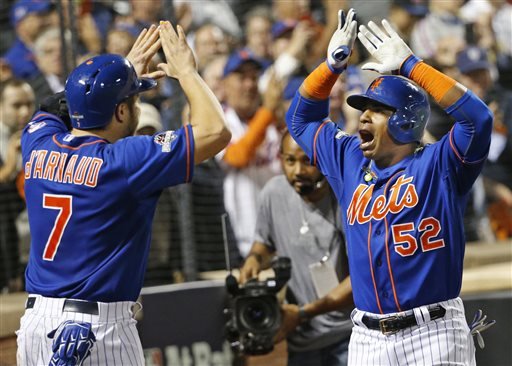 Curtis Granderson (2-5, five RBI’s), Yoenis Cespedes (3-5, three RBI’s, three runs), and Travis D’Arnaud (3-5, three RBI’s, three runs) teed off on the Dodgers making it look like tee ball instead of Major League Baseball! Mets’ ace Matt Harvey looks shaky giving up a 3-0 lead in the second inning, but the Mets came right back in the bottom of the inning behind Granderson’s first pitch, bases loaded line drive laser to the fence (pic top of page) knocking in three runs and giving the Mets a 4-3 lead! Cespedes hit a two-out three run rocket into the upper deck measuring 421 feet (pic above)!