The NY Yankees paid tribute to Yogi Berra (last night before a 3-2 win over the visiting Chi-Sox), who passed away on Sept. 22 at 90 years old, coincidentally exactly 69 years from his MLB debut. He lived beyond his years, and played beyond his peers; accomplishing 18 All-Star appearances, 15 consecutively. He was also an astounding 10-time World Series Champion with the NY Yankees, and even played and coached briefly crosstown for the NY Mets later in his career! 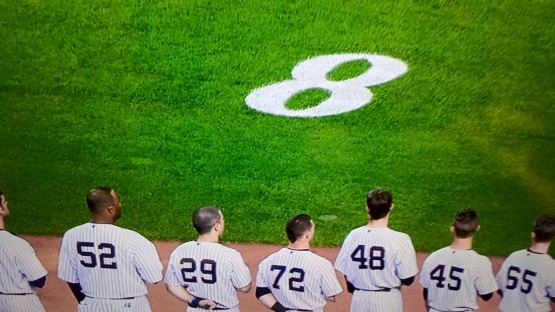 He continued his long career as a coach, winning three more World Series along the way, and served for the US Navy during WWII! After serving in WWII (before his career began), Yogi was mentored by Hall of Famer Bill Dickey, whose number (8) Berra took. He later said, “I owe everything I did in baseball to Bill Dickey.” – wiki

Yogi was most regarded for his “Yogi-isms” which were quick witty comments that seemed contradictory, but had an underlying wisdom beneath it (with humor of course).

As a hitter, he was well regarded for being able to hit poor pitches. He would golf club low pitches, and chop at high pitches for line drives. He struck out very infrequently. In fact, in 1950 he had more home runs than strikeouts; striking out only 12 times in 579 at-bats. 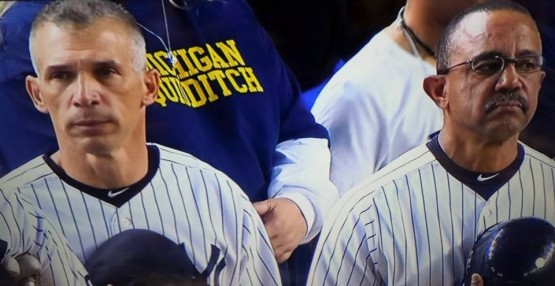 On the field, Yogi was first catcher to keep his finger outside of the glove, which other catchers emulated later. He is one of only four catchers to field a perfect 1.000 in a season, and retired from the game with the AL Record for catcher putouts (8,723) and chances accepted (9,520). 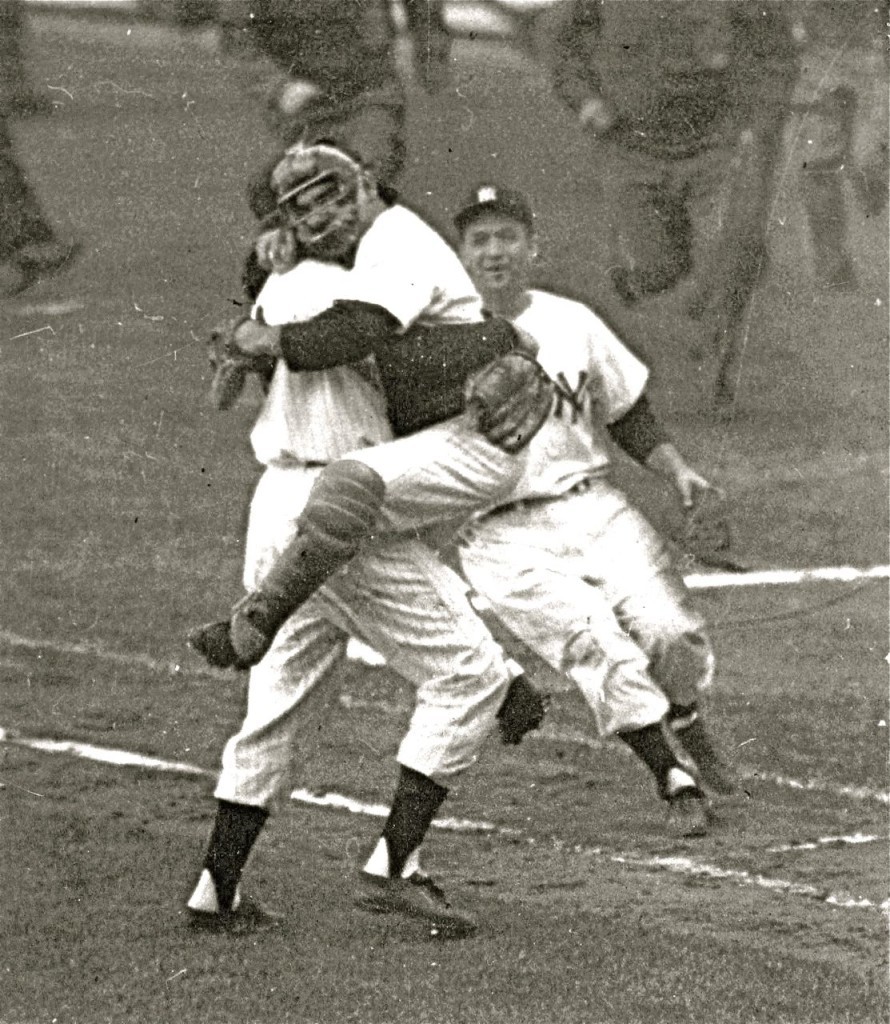 Yogi’s most memorable moment came in the 1956 World Series, when he caught Don Larsen’s perfect game! It was the only perfect game thrown in World Series history, and his moment of embrace with Don Larsen is one of the most iconic photos in MLB history.

Note: Yogi was Roman catholic, and did much for the Italian American community.

*five of the seven photos are original from Thursday, Sept. 24, 2015 pre-game tribute*